The Halloween story focuses on the eve of All Saints, which occurs to be celebrated on October 31st and has Celtic and Roman roots at the same time. The Anglo-Saxon culture used to celebrate a magical and terrifying night to honor and keep the spirits away from the living, since they thought that was the night all the deceased came out of their graves. As a part of the celebration, they offered food and treats to the dead ones, trying to bribe them to spare their lives. That’s where the ‘trick or treat’ tradition comes from.

Despite being a typical American party and never forgetting that Catalonia has its own traditional Halloween day called la Castanyada, in Barcelona there are many Halloween celebrations, especially on the numerous amusement parks that exist in the city and its surroundings. Many of these amusement parks offer to their visitors shows, promotions, parties and all kinds of events. There even exist amusement parks specifically dedicated to horror.

Come with us and discover the most fun ways to spend the Halloween night!

The horror of Halloween night is spread in all the shows and attractions of this emblematic amusement Catalan park. The spirit of this terrifying night soaks all the different zones of the park: Horror in Texas, The Jungle of Fear or the Mayan Apocalypse (this year new attraction). The park presents a special program for Halloween night that is designed for young people as well as for families and young children. A fantastic night of terror in Port Aventura, the best amusement park in Catalonia, located next to Salou. This 31st of october the doors of the park open from 10 a.m. to 1 a.m.

This theme park dedicated entirely to terror has just opened its doors in Barcelona. It is a version of the same park that already exists in other European countries, with great success. His name is Horrorland and it is located in  Cercs, just an hour away from Barcelona.

All terror lovers can enjoy a terrifying Halloween night in Horrorland. This traveling amusement park is located near an abandoned thermal power station, and during Halloween night you will be exposed to the dangers of scary creatures born of radiation. In addition to shows, in this park you can enjoy scape rooms, live shows and parades through the scary corridors of this abandoned industrial facilities.

The Adam's Family at Colisseum

The Addams family was a television serie created from a 1937 New Yorker comic strip made by  the cartoonist Charles Addams. The Addams Family is an unusual family: they enjoy torture, have monsters living in the basements of their dark gothic house and own a severed walking hand as a pet.

The Broadway musical comedy has finally arrived in Barcelona. A terrific and hilarious show that invites the spectator to join the Addams Family in their search of normality. Enjoy Gómez, Morticia, Fester, Wednesday, Pugsley and ‘Thing’ in this funny musical show.

Dreadful beings, haunted houses or passages of terror. This is what the visitors of Parc Samà will find during Halloween, and the months of October and November. For 12 nights the terror will take over Parc Samà, in Cambrils, with seven haunted houses and passages of terror, five of them covered and the rest outdoors. Between 80 and 100 actors will carry out the Horror Carnival spectacular show.  The park will also offer workshops, winery, labyrinth, all-family fun shows and food trucks.

The Hotel Krüeger, the legendary horror passage of the Parc d'Atraccions tibidabo in barcelona , has just turned 20 years old. You can visit it easily, since it is located in the Tibidabo, right at the top of the mountain that faces Barcelona. The legend says that the Hotel Krüeger was rented in the 80’s in order to film horror scenes for movies and literature. But something remained there, something evil. Will you dare to see it with your own eyes?

As you can see, there is a lot to do this Halloween in Barcelona and its surroundings to die of terror. So, if you want to trick or treat around Barcelona during this great night, follow our tips. And if you don’t want to live the nightmare of renting an apartment in Barcelona, and want to make things easier, visit our website and learn more about Inèdit Barcelona!.

WHAT ARE YOU WAITING FOR? 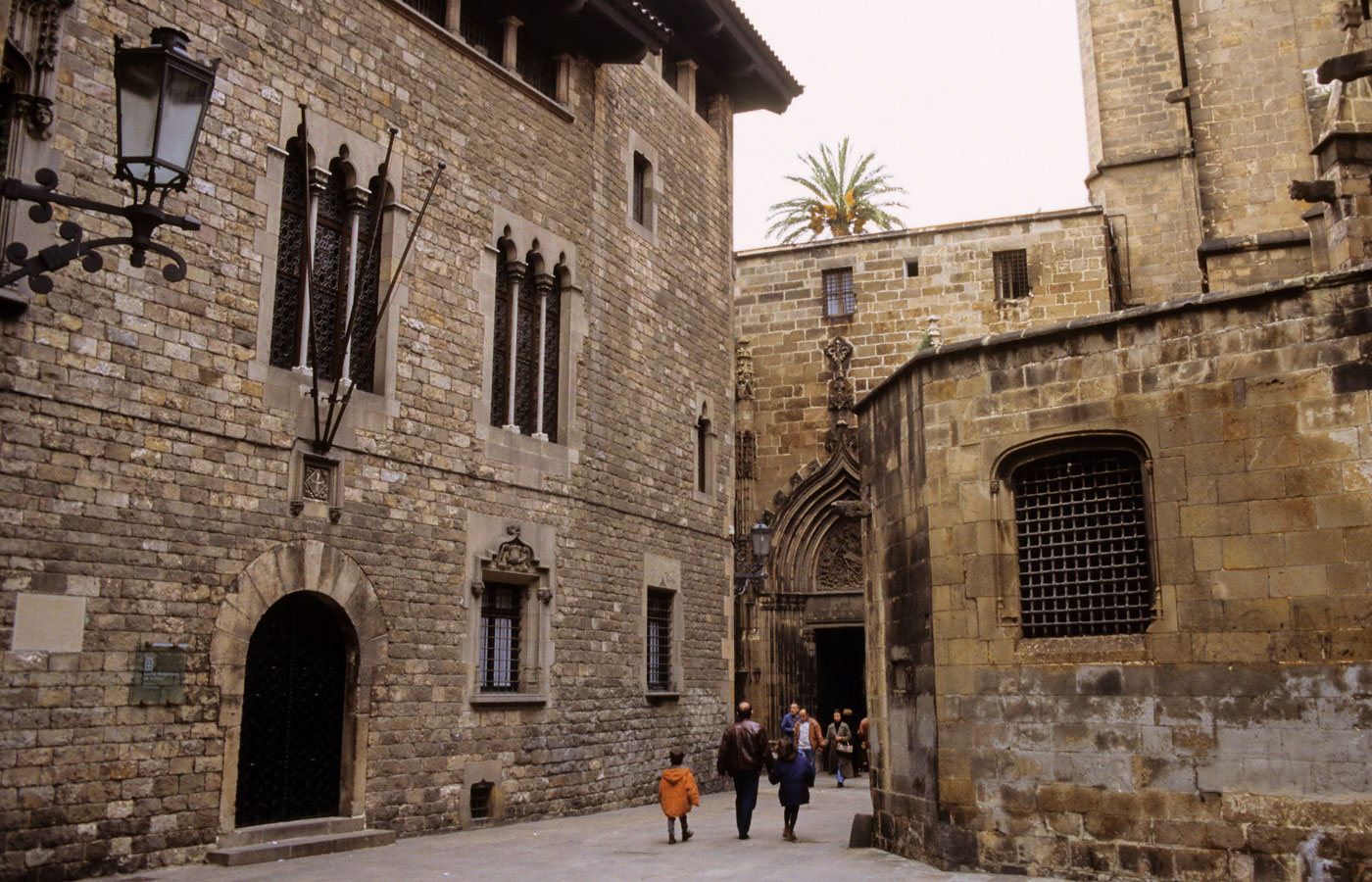